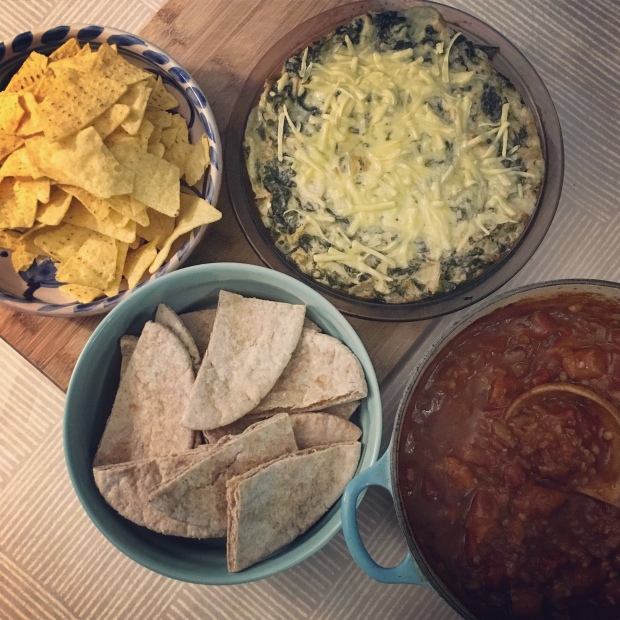 Spinach and artichoke dip – it’s the American dream. I have to admit that I’ve never experienced the full-dairy experience and that this vegan version is the closest I have got so far. I’ve seen it in so many forms – often in the middle of the day on the Food Network. Apparently it’s a thing when the Superbowl is on?

I made up this recipe based on non-vegan versions I’d seen and since I had a vegan friend coming over, I thought I’d give it a go. What could go wrong? It has artichokes AND spinach in it! It was really easy to assemble – can be served with pita, tortilla chips or just bread! Make a meal of it if you like!

Recipe-ish (I eyeball a lot of these things – it’s more about ratios than exact measurements):

1 tub vegan cream cheese (I used a garlic and herb version)
1 small onion (about 2/3 of a cup)
2 garlic cloves (more if you like garlic)
2/3 – 1 cup cooked spinach (all the water is squeezed out then roughly chopped)
1/2 – 3/4 cup artichokes (drained and chopped up into scoopable pieces)
1 cup vegan cheddar-style cheese (grated)
Dash of soya cream
Salt and pepper to taste (paprika too if you fancy!)

My vegan friend, who took home the leftovers, reported that it is excellent warmed up and spread on toast the day after 😉 If you want to try the full-on dairy version, just replace all the non-dairy products! Oh, and if you’re a carnivore – add bacon. 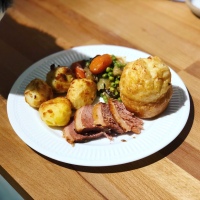